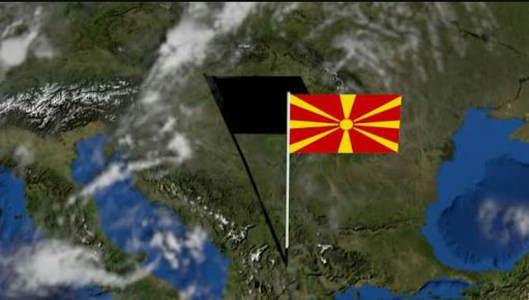 ​Macedonia is a landlocked nation located in south-eastern Europe. Macedonia has a total land area of 25,333 sq km. Macedonia's capital city, Skopje, is located in the north-western part of the country.

The topography of Macedonia features a mountainous landscape covered with deep basins and valleys. There are three large lakes and many small lakes. Approximately 24% of Macedonia's land is arable. Natural resources include chromium, lead, zinc, manganese, tungsten, nickel, low-grade iron ore, asbestos, sulphur, and timber. Located above a thrust fault line of the Eurasian Tectonic Plate, the nation experiences frequent tremors and occasional severe earthquakes. In 1963, 6.0 magnitude quake at Skopje caused the death of about 1,100 people and destroyed much of the city.

The terrain of Macedonia is rather hilly. Between the hills are deep basins and valleys, populated by European bison, fox, rabbits, brown bears, and deer. Pine trees are common in the higher mountain regions while beech and oak cover some of the lower mountain regions. The Macedonian pine is an ancient native species found most prominently on Mount Pelister near the south-west border. Ducks, turtles, frogs, raccoons, and muskrats inhabit the country's waterways. As of 2002, there were at least 78 species of mammals, 109 species of birds, and over 3,500 species of plants throughout the country.
​